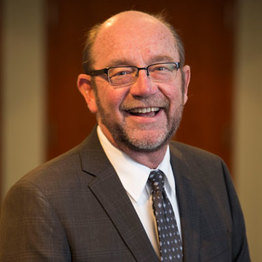 Terry Young has more than 30 years of experience in Ontario’s electricity sector including an extensive career at the independent Electricity System Operator (IESO). Most recently, Terry held the position of Interim President and CEO, leading the IESO through its ongoing response to the pandemic and setting a path forward for the acquisition of resources to address emerging energy needs.

A well-known spokesperson and thought leader in the energy space, in his previous role as Vice-President of Policy, Engagement and Innovation, Terry was responsible for government relations, stakeholder and community engagement, communications, and Indigenous relations.

Terry’s extensive stakeholder relationships, in-depth knowledge of the industry and experience in working with governments at all levels help him brings a unique perspective on issues and opportunities in the electricity sector.

Terry started his career as a journalist with Canadian Press-Broadcast News. He is also an active supporter of the Kidney Foundation, where he has served as President of the Ontario Branch.

Session 2.2: Advancing diversity, equity and inclusion in our industries