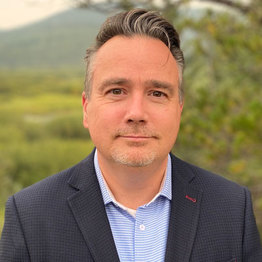 Associate Minister of Natural Gas and Energy
Government of Alberta

The Honourable Dale Nally was elected to the Legislative Assembly of Alberta on April 16, 2019 and currently serves as the Associate Minister of Natural Gas and Electricity.

Since his appointment, Minister Nally spearheaded the development of Alberta’s Natural Gas Vision and Strategy, which created an industry-supported plan to grow the hydrogen, petrochemical, liquefied natural gas (LNG) and plastics recycling sectors. He has also launched the Alberta Petrochemical Incentive Program (APIP), which is anticipated to drive billions of dollars of investment in Alberta’s leading petrochemical sector.

Minister Nally is also a strong proponent of Alberta’s energy-only electricity market. This approach has attracted more than $5 billion in announced generation projects – including more than $2 billion for utility-scale renewable projects – since July 2019.

Minister Nally brings with him decades of private sector experience, where he previously led and managed business units that generate between $50 million and $80 million in revenue. He has a Masters Degree in Education.

Session 4.1: The future of market-based renewables: Lessons learned from Alberta