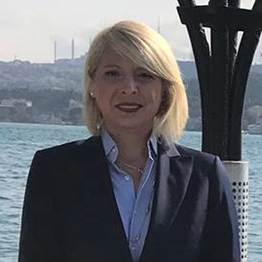 Joanna Osawe is the President & CEO of WiRE Women in Renewable Energy. Joanna attended Western University studying Languages, graduating with an Honours BA. Joanna works at ABB in the position of Business Development Manager, End Users & EPCs. Joanna has used her language skills on a focused, 15+ year management career at leading renewable and energy sector companies in Canada and the United States. By carrying complex projects through many stages she has seen firsthand the vital role renewable energy and emerging technologies serve in moving the Canadian, American and global energy mix forward.

Recently, Joanna Osawe, has been appointed to the Federal Sustainable Development Advisory Council, led by Minister Jonathan Wilkinson of Environment and Climate Change. She looks forward to engaging and contributing to the Council’s success. The Council is made up of the Canadian public that represent the views of different provinces and territories, Indigenous peoples, as well as environmental non-governmental organizations and business and labour organizations.

Session 2.2: Advancing diversity, equity and inclusion in our industries