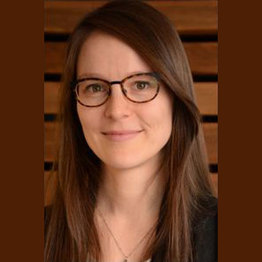 Isabelle Turcotte is the director of federal policy at the Pembina Institute, Canada’s leading clean energy think tank, where she supports the execution of the federal climate and energy strategy and plays a leading role in the carbon pricing campaign. Before joining the Institute, Isabelle worked at the Center for Clean Air Policy, a D.C.-based think tank, where she supported efforts to advance cost-effective and pragmatic climate policy. She helped promote dialogue in the U.S. among industry representatives, policy makers, and environmental groups to identify sensible strategies to reducing domestic emissions. Within the international program, she promoted nationally appropriate mitigation actions in developing countries.

Isabelle has also worked at Globerpro, a management consulting firm based in Montreal, where she managed projects and provided advice to foster growth in the clean energy technology markets. She also held positions at National Ecocredit where she quantified emissions reductions for projects and at Ecologic Institute, a German climate think tank.

Isabelle holds a bachelor’s degree in bioresource engineering from McGill University. She also graduated from the Joint European Masters in Environmental Sciences (Germany/Spain).

Isabelle is always on the lookout for German and Spanish speaking folks to share stories and attempt to shape up her language skills, preferably around a Hefeweizen.