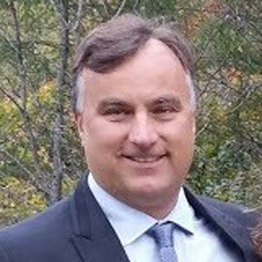 Vince Kulchycki is originally from Grimsby Ontario where he graduated from Mohawk College and obtained certification from OACETT. He owned and operated his own business installing security systems, communications networks, and associated technology, selling the company after thirteen years of business. His electrical and PLC automation career started at Dofasco, from there went into the Engineering Department at Milton Hydro working on Geographical Information Systems and distribution system analysis. Mr. Kulchycki then moved on to Oakville Hydro where he completed a metering apprenticeship and was part of the team for meter shop accreditation with measurement Canada. He was then hired as an Engineering Technician at Grimsby Hydro responsible for all distribution system and consumer designs, GIS system and designed and installed the first SCADA system in Grimsby. Mr. Kulchycki also facilitated Grimsby Power’s affiliate companies design and implementation of its fibre optic network. In 2001, he accepted the Lakeland position Manager of Operations and Generation with a mandate to assist in the growth of the companies. In 2006 was promoted to Director of Operations & Generation, January 1st, 2008 was named Chief Operating Officer of Lakeland Holding Ltd. Team accomplishments include; creating and developing innovative projects SPEEDIER and DEMOCRASI, expanding the generation capacity 700%, creation of a fibre optic and communications company and power distribution system automation. Mr. Kulchycki has participated on various working groups with the Electricity Distributors Association, advisory groups for Hydro One and currently sits on the board of directors for the Ontario Water Power Association.

Session 5.1: Innovation at the grid edge: A Canadian utility perspective on DER integration