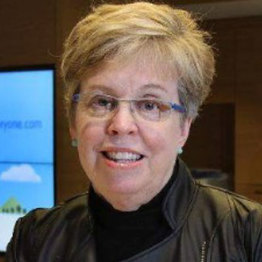 Linda Coady is the Executive Director of the Pembina Institute, an Alberta-based think tank that advocates for policies to support decarbonization and diversification of Canada’s energy economy to achieve a net-zero emissions future.

Linda has also served on advisory groups on climate and energy issues to different levels of government in Canada, including as a member of the 2015 Advisory Panel on Climate Leadership to the Province of Alberta, and the 2018 Generation Energy Council to Natural Resources Canada. She is currently a member of Canada’s new Net-Zero Advisory Body, which provides independent oversight and advice to the federal government on meeting requirements under Canada’s 2021 Net-Zero Emissions Accountability Act.