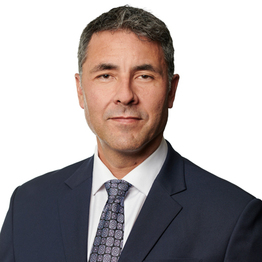 Jay Massie is accountable for the strategic and operational oversight of ATCO’s electricity division in the Yukon and Northwest Territories. He also oversees the division’s Indigenous Relations activities and programs, including efforts to assist remote Indigenous communities to reduce their carbon footprint, gain energy independence and attain economic participation through renewable electricity developments.

Mr. Massie joined ATCO in 1989 as a Power Line Technician and has held several progressive leadership roles since then. In 2012, he became the division manager in the Yukon where he was responsible for oversight of the company’s operations, capital program and financial management, government, and community relations. Understanding the importance of supporting reconciliation with Indigenous peoples in Canada, Jay was appointed to the role of Director, Indigenous Relations in 2020. He was promoted to his current position in early 2021.

In addition to his work at ATCO, Mr. Massie sits as a councilor with his First Nation the Ta’an Kwäch’än Council. He was a panelist at the 2020 Arctic Oil & Gas symposium on strategies to transition Northern communities from diesel to alternative energy sources and also moderated a 2018 panel at the Canadian Electricity Association’s Symposium on Indigenous development and ownership of renewable energy. Outside of direct industry-related work, he serves on the Chair of Yukon regional selection committee for the Arctic Inspiration Prize, which provides seed-funding for innovative community projects in Northern Canada.